Add to Lightbox Download
Two nationally significant Second World War hangars at the Museum have undergone a major £3.6 million restoration and redevelopment, offering an exciting new experience for visitors of all ages.

Pic caption:
Aircraft conservator Thilo Burgel cleans the inside of a1947 Avro Anson in preparation for the opening of the new hangars on the 25th March. 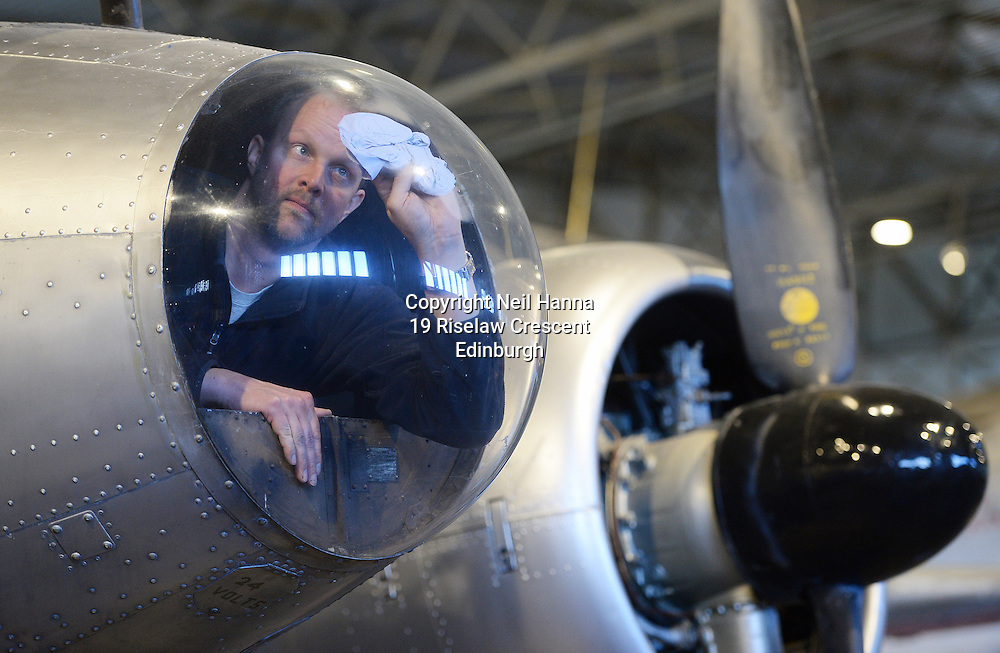