Add to Lightbox Download
JP License
A couple from Hawick in the Scottish Borders have been unveiled as the winners of half of last Saturday's record £66m National Lottery jackpot.
David and Carol Martin, both aged 54, appeared at a news conference at the Dalmahoy Hotel, south of Edinburgh.
They were one of two ticket holders who matched the six winning numbers 26, 27, 46, 47, 52 and 58.
The couple received a cheque for £33,035,323. The record jackpot followed 14 consecutive rollovers.
The Borders husband and wife said they were relaxing at home the following day with the lottery ticket on their mantelpiece and only checked it when a friend urged them to do so.
Neil Hanna Photography
www.neilhannaphotography.co.uk
07702 246823 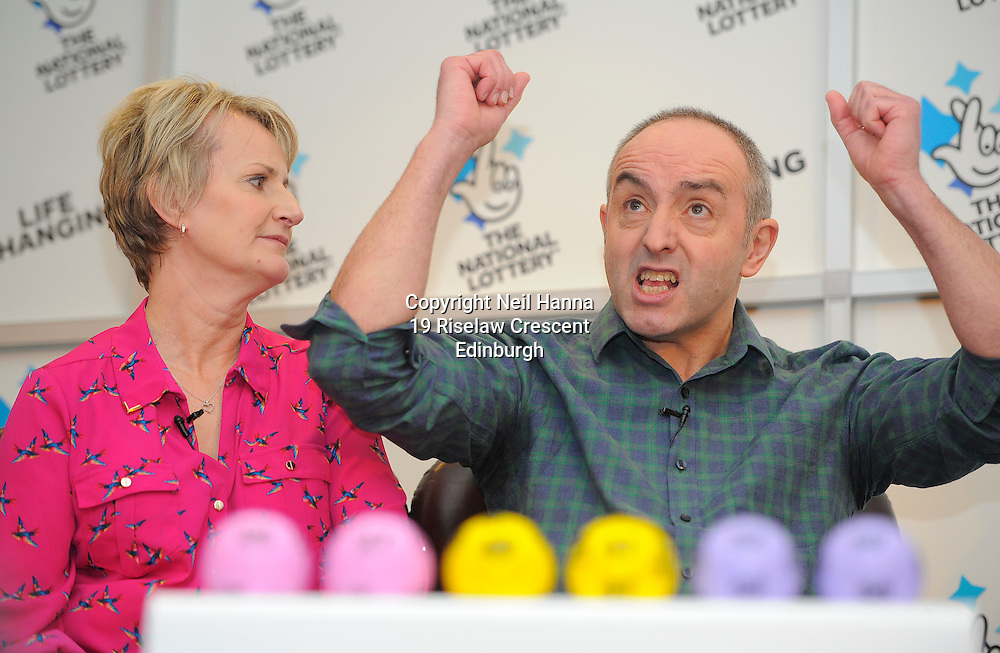