The Bannockburn Banquet, consisting of a traditional hog roast, will see first year pupils from join together in a theatrical and culinary tribute to the Battle of Bannockburn. Encompassing skills from across the curriculum pupils it will educate guests on the best of ScotlandÕs traditional music, heritage and natural larder.
Award-winning chef and 2014 Food & Drink ambassador Neil Forbes was helping the combatants prepare for the re-enactment by showcasing the best of Scotland's food and drink heritage and exploring the comparable offerings of the staple diet from 1314 through to today. 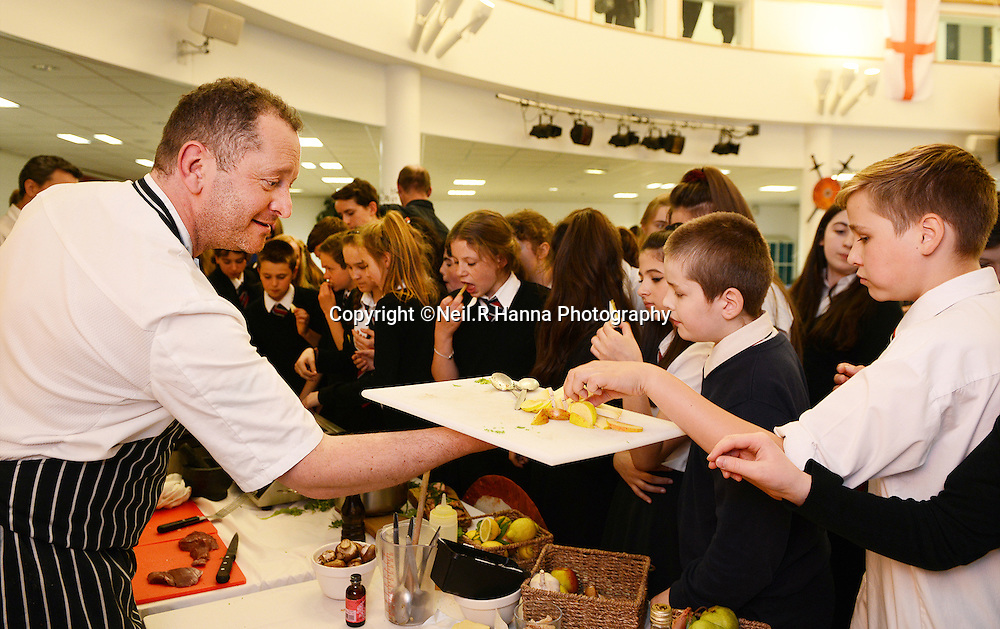