Pic Caption: Robert Wilson reflected through on of his portraits of an un-named Afghan National Army Trainee Officer. 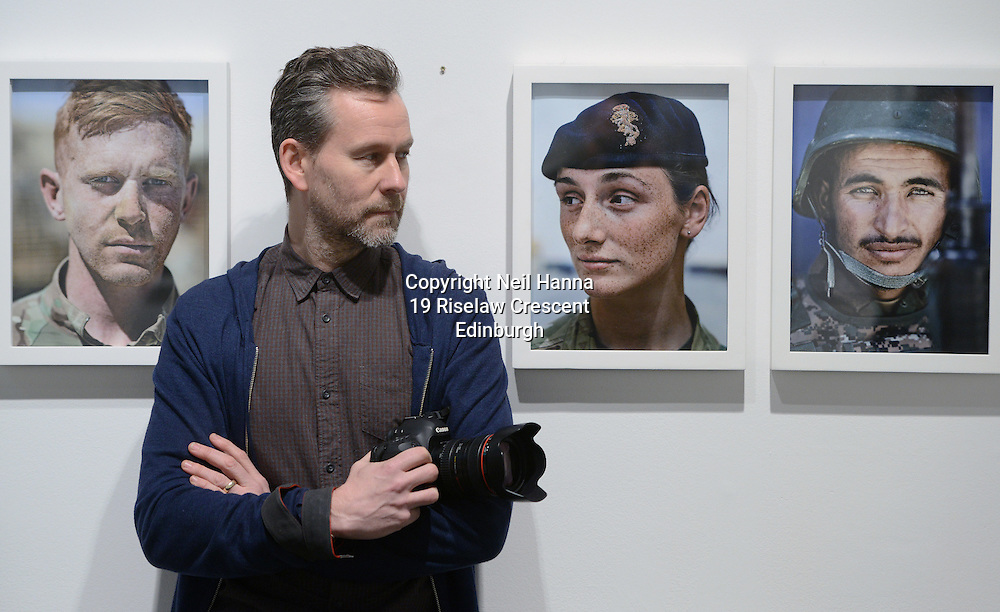