Add to Cart Add to Lightbox Download
Edinburgh based Dovecot Studios is the UK’s oldest practicing tapestry studios and one of only a handful in the world. Following a yearlong programme of work to celebrate its centenary last year the Studios have a large number of new commissions in its order book and are collaborating with a greater number of international artists than ever before.
As a testament to the Studios continued success Dovecot’s Master Weavers, David Cochrane and Naomi Robertson unveiled a new studio loom, the first since 1993. The new loom has been modelled on the Studio’s original oak loom which was created for Dovecot’s original tapestry weavers which came from William Morris’ renowned tapestry workshops at Merton Abbey around a hundred years ago.
Dovecot’s team of weavers will cut a ribbon on the new loom by using a golden pair of scissors which have been used to cut off each of the 800 tapestries Dovecot has produced over the last century. These special scissors have been used to cut off tapestries by amongst others the late HM The Queen Mother, Fiona Hyslop and the Duke of Buccleuch.
Pic Neil Hanna 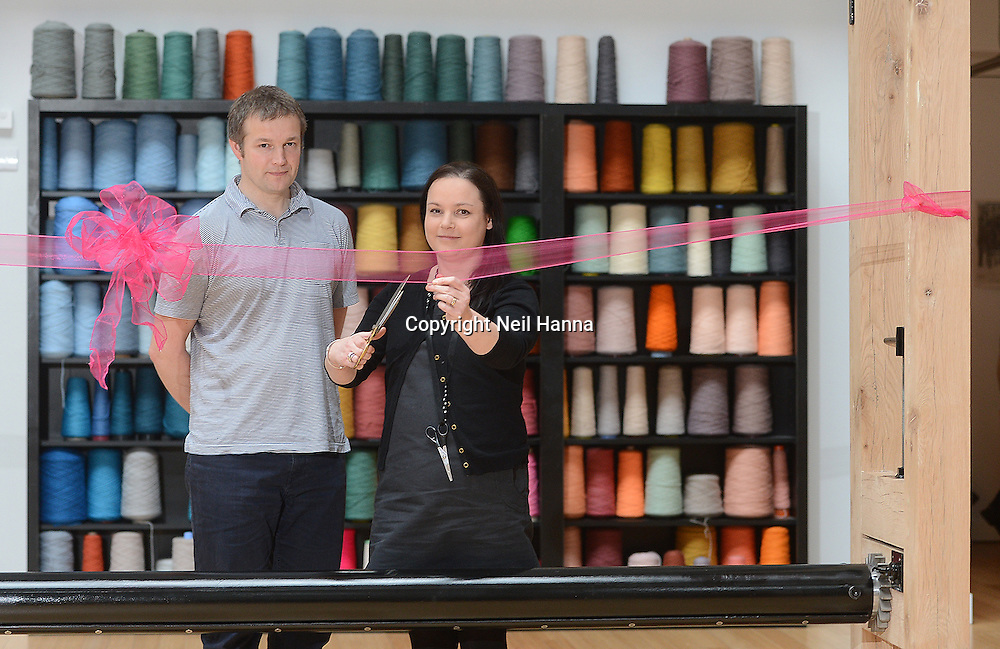