Add to Cart Add to Lightbox Download
National Museum
Edinburgh International Science Festival 2013
Robots will play rock-scissors-paper against human opponents in a series of sell-out shows at this year's Edinburgh International Science Festival.
The humanoid devices - programmed by scientists at the University of Edinburgh - will use artificial intelligence to learn their opponents' strategy as they play. The devices will try to react intelligently in order to win the game.

Amid a series of one-hour workshops at this year's festival, the robots will also practice responding to human gestures. With help from a Microsoft Kinect - a motion-sensing device originally designed for the Xbox 360 - the two-foot-high robots will learn to respond to people's gestures and, ultimately, learn to anticipate their actions.
Dr Ram Ramamoorthy, who is overseeing the robots' participation in the Science Festival, said: "These popular little robots are very entertaining to watch and we hope that the Science Festival crowds will enjoy seeing them in action.
Dr Ram Ramamoorthy photographed playing rock-scissors-paper. 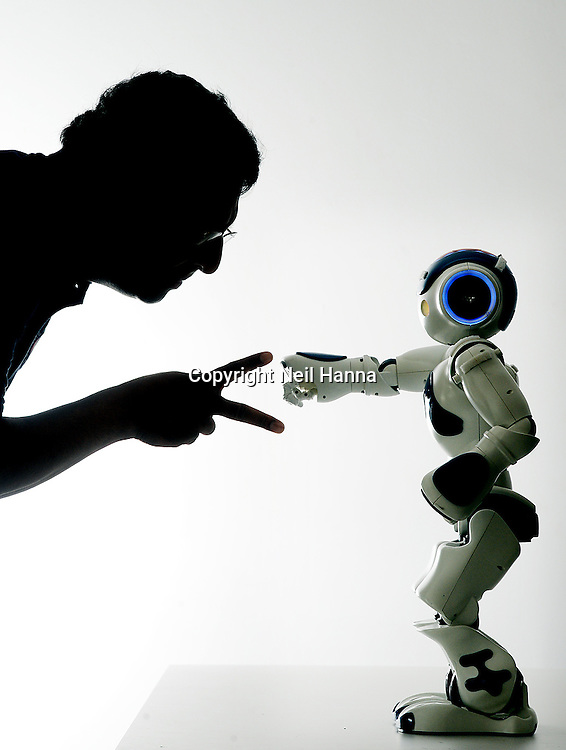