Two of Scotland’s most admired authors were at the Scottish National Portrait Gallery (SNPG) in Edinburgh today for the unveiling of the latest addition to the national collection - a striking new portrait of renowned crime writer Ian Rankin.  The meticulous and thoughtful painting was commissioned from Edinburgh-based artist Guy Kinder by another of Scotland’s most high-profile contemporary writers, Alexander McCall Smith, who has generously presented it to the Gallery.
Guy Kinder’s insightful portrait depicts Rankin in a contemplative pose, in the surroundings of the Oxford Bar, the Edinburgh pub famously frequented by both his fictional creation, Inspector Rebus, and the author himself.  The portrait was commissioned in 2013 by McCall Smith, the bestselling author and friend of Ian Rankin, and was first shown, to great acclaim, in the annual exhibition of the Royal Society of Portrait Painters in May of last year.
Following an unveiling at the SNPG on 25 March, the portrait will join the Gallery’s rich collection of portraits which celebrate the achievements of Scotland’s great literary figures, from Burns and Scott to Stevenson and Barrie. 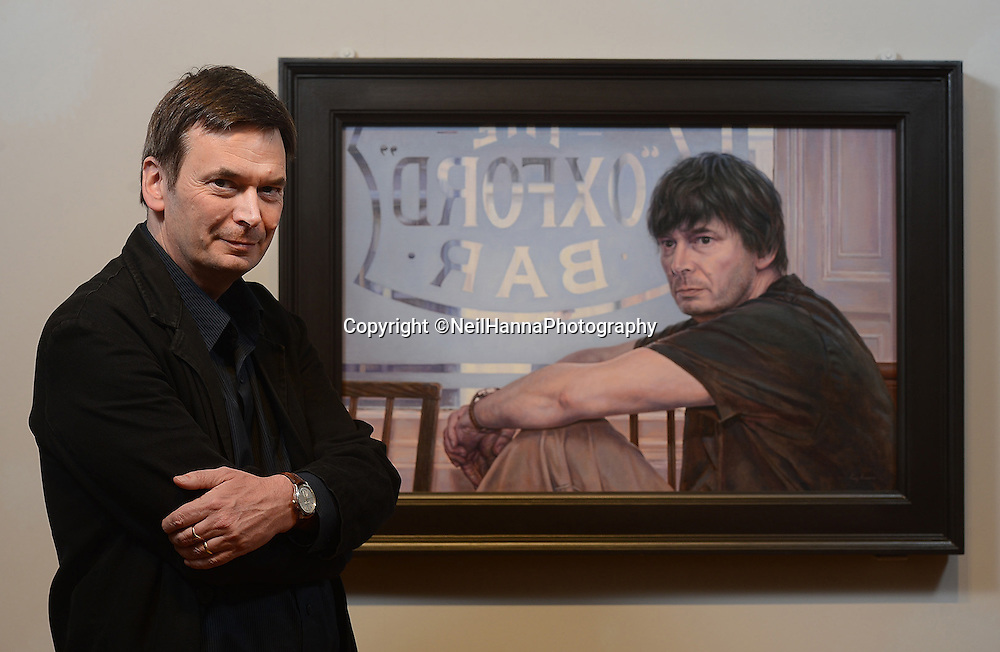