Add to Lightbox Download
Scottish National Portrait Gallery
29th Nov- 12 April 2015
The enormously popular BP Portrait Award will return to Edinburgh this week, opening at the Scottish National Portrait Gallery on 29 November. Organised by the National Portrait Gallery in London, the award is one of the most prestigious international portrait competitions in the world, which this year attracted a record-breaking 2,377 entries, submitted by artists from 71 countries. The annual exhibition, which was established in 1979 and is celebrating 25 years of sponsorship by BP, brings together 55 of the most outstanding entries, including the work of prize-winners Thomas Ganter, Richard Twose, David Jon Kassan, Ignacio Estudillo Pérez and Edward Sutcliffe.

Neapolitan artist Cristiano Di Martino, who appears with his dog Gina in a stunning portrait by his friend and fellow artist Isabella Watling, will be at the press view and, with Gina, will be available for photographs. Cristiano trained in Naples, Arezzo and Florence (where he sat for Elizabeth Watling) and has recently moved to Edinburgh. In May 2015, Cadogan Contemporary in London will be staging a major exhibition of his work. Gina is an Italian sheepdog, found abandoned in Florence five years ago and adopted by the artist.

Pic Caption:
Cristiano Di Martino and Gina stand in front of their stunning portrait by his friend and fellow artist Isabella Watling. 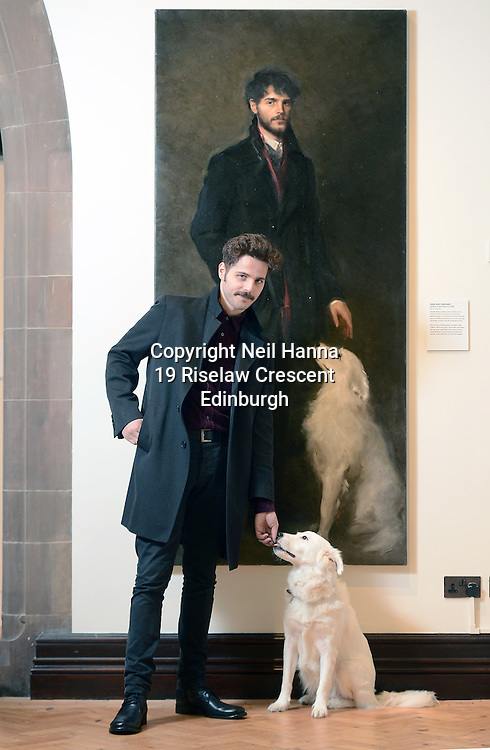