Add to Lightbox Download
First Minister and Church of Scotland mark tribute for 20th anniversary of Srebrenica Genocide
This year’s 20th anniversary of the Srebrenica genocide was marked today (10 July) with a high-profile memorial service in St Giles Cathedral, Edinburgh, addressed by Scotland’s First Minister Nicola Sturgeon.
The service at the Cathedral was organised by the Scotland Board of the UK charitable initiative Remembering Srebrenica, working with the First Minister’s office. It was attended by a genocide survivor with Srebrenica mothers, who lost husbands, sons, fathers and brothers in the atrocity - the worst crime on European soil since the Second World War.
It is part of a series of high-profile events across the UK to commemorate the genocide in the week leading up to 11 July - Srebrenica Memorial Day. Her Royal Highness The Princess Royal represents the UK in Bosnia and Herzegovina at the Srebrenica-Potočari Memorial Complex tomorrow (11 July).
More than 150 specially-invited guests gathered to hear Nura Begović address the service, which was attended by fellow Srebrenica Mothers Nura Mustafić, Aiša Omerović, Refija Hadjibulić and genocide survivor Nedžad Avdić.
The service was led by The Rt Rev Dr Angus Morrison, Moderator of the General Assembly of the Church of Scotland. Faith and community leaders and representatives from Scotland’s Youth Organisations also attended.
The service was followed by a reception at nearby Parliament Hall, hosted by the First Minister, to welcome the Bosnian visitors to Scotland. 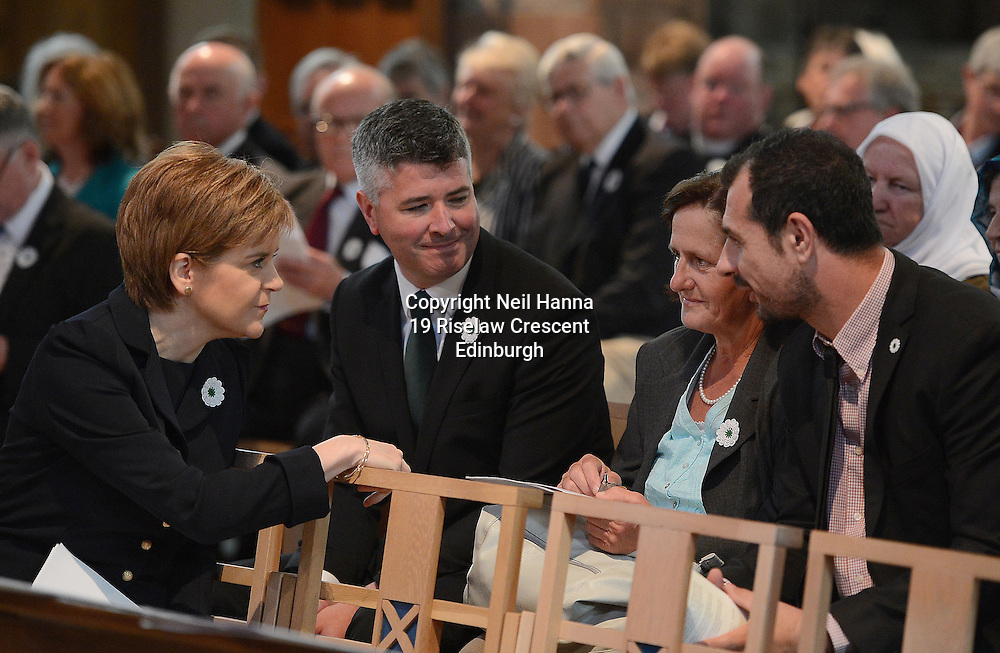